Hi, I am in a very similar boat. I bought the car from the show room, and they explicitly told me it came with a camera. I go to sign the papers they inform me it is the city trim and didn't come with camera. I said i wouldn't be interest and they agreed to retrofit the camera and i wouldn't know any difference. I now have the car back with a camera fitted, however disappointed as i don't think the retrofitted camera is fit for purpose (limited viewing range, low viewing angle and limited functions).

Wondering those who have camera factory fitted, is it on the boot handle? also any one know what the other difference between the city and life are?

Any help much appreciated
Top

The camera is placed next to the boot handle (where you press to open the boot) if I recall correctly.
When you go in reverse does the screen flip to using the camera and do you get the controls that let you kind of modify the camera angle?

Thank you, that's really helpful. The screen does automatic switch, it has very limited functions (only the moving guidelines, which i don't think match up with the car size) and that's why i feel it was mis sold to me. The angle is very low so you cant see really the road behind you and the viewing range is pretty small. Also which is annoying is that although it shows a car and the sensor bars these are merely for show and don't change. I was originally told it was a genuine VW part and will have all the functionality of a factory fitted camera and it really isnt and just a poor imitation. Waiting for the dealer to come back with a resolution, just disappointing. I love the car by the way, just this bit feels such a let down
Top

Does anyone know of the difference between the City and Life trim, other than the camera?
Top

Just a quick update, the dealer is going to install the right camera (genuine ID 4 camera) this time
Top

We took delivery of our City Pure ID4 yesterday for my wife to use. She had a BMW X3 previously which had a reversing camera so the camera was top of the list for her. As the City Pure doesn't have one fitted, the dealer agreed to get one fitted at a cost to us of £800 - we assumed it would be VW genuine, with the same interface/functionality you'd expect from one fitted 'as standard'.

However, this is what she has: 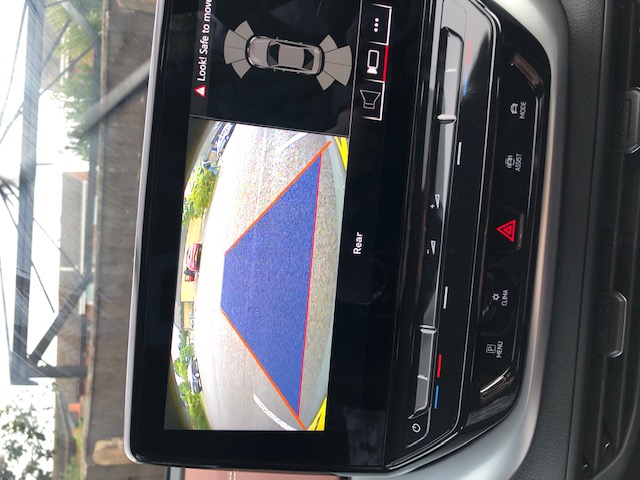 So the interface (as far as I can see) is nothing like the standard VW rearview camera interface. There are no graduated distance lines, and the edge lines do not move. The resolution isn't great either. The car does have rear sensors which flash up momentarily when selecting reverse but then are hidden by the camera view. The 'buttons' bottom right do nothing. The 'overhead' view is not functional when manoeuvring the car.

As far as I can see, we have a number of options:

1. Do nothing and accept it.
2. Query with the dealer why the camera is nothing like our expectation. The salesperson (very young and new) wasn't great - his handover was very rushed and he made mistakes with the sale but that's a different story. We weren't warned in any way that it wouldn't be a fully functional camera.
2a. Ask for our money back for the camera as the goods aren't as expected.
2b. Try to get them to reinstall one which has full functionality at no extra cost.

I'm just grateful for your thoughts on this. Does the camera view look like anything others have (@rocknrollking it appears you took a similar path - how did yours turn out?)?

@ID_4_Noob and @rocknrollking
Here's a picture for reference on what you see if the camera is built in with the car: 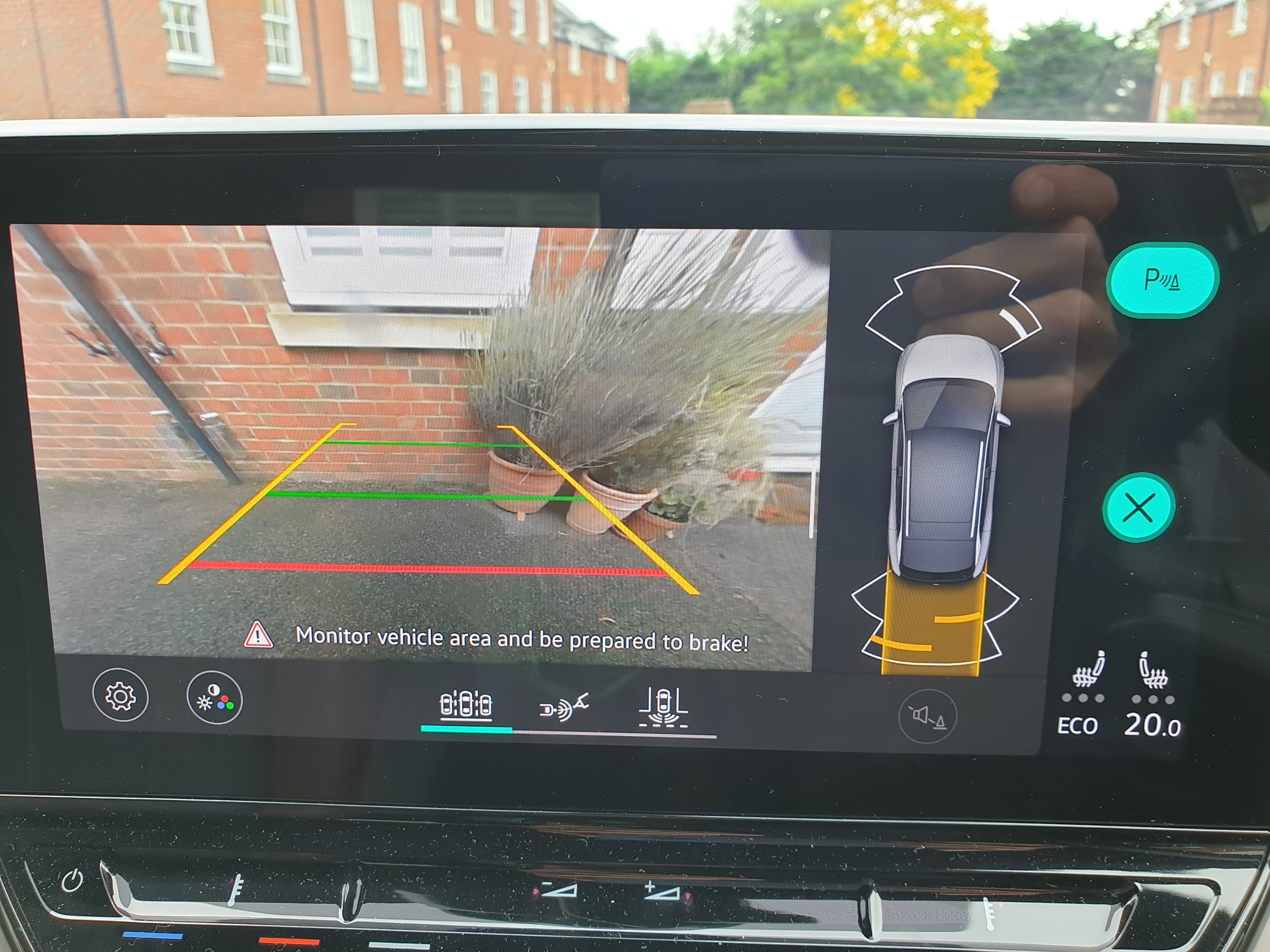 Hi, I had a similar experience. They installed a camera just like yours which certainly wasn't the VW camera for the ID 4 with limited functionality and lesser quality. I just said to the dealer I wouldn't be accepting the car with the camera. I was in a slightly different situation as they sold me the car as having the camera pre fitted (which it didn't have). The dealer told me it would be the same as a factory fitted camera which it wasn't. They have agreed to replace the camera with the right one (a genuine ID 4 one) and I am just waiting for them to arrange a time/day.

I wouldnt accept it if you arent happy with it. It was expensive and should live up to your expectations. My camera annoyed me and i couldn't live with really.
Top
Post Reply
18 posts